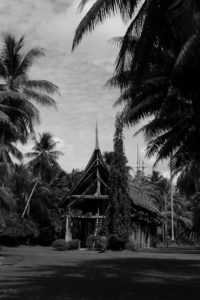 The photos by Dmitry Lyubarsky are made during an initiation ceremony in a village at the Sepik River, the men will get scarifications so that their skin resembles the skin of a crocodile. There are also pictures of a festival held in Mount Hagen.
Galerie Lemaire will exhibit during this show mainly traditional objects from Papua and Papua New Guinea. Like shields from the Asmat, masks from the Abelam, money stones from Sentani and jewelry.

Dmitry Lyubarsky (1974) works with a combination of Photography, Collages, Sculpture and Ceramic Arts.
Born in Kiev, Ukraine. In 1996 he graduated from the University of Architecture and Building Construction in Kharkov. After graduating University he took Art classes at the Ukrainian State Academy of Design and Arts.
Since 1997 he has lived in Israel. He has traveled extensively to remote locations of the World, drawing inspiration from other ways of living and interpreting them in his works.
Dmitry says: “I like to cross-cultural and language barriers. It allows me to immerse myself with different indigenous people and capture human stories from Africa, Asia, Melanesia”.
The artist experiment with materials as a means of expression, uses various combinations of different substances.
Passing ideas through the inner lens of perception, the author conveys to the viewer what could have happened under certain circumstances